The Differences Between American and China E-bikes 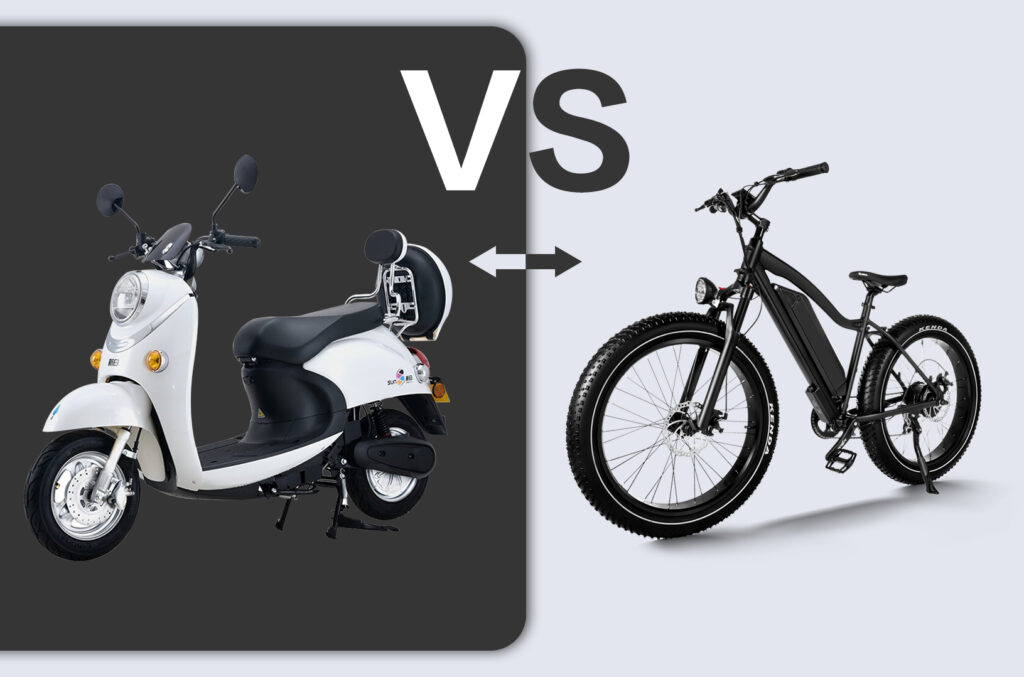 America is slowly awakening to the e-bike craze in the west. China is known to have a cycling culture that spans decades. With reports of a boom in the sales of China e-bikes around the globe, people want to learn how it is different from an American e-bike. The handy, motorized e-bikes have been doing well in Europe for quite some time. Some other cultures are slowly catching up and want to know about the best bargains available in the market. While the price differences in Chinese and American e-bikes are pretty obvious, people are interested in what makes them different and why? And we understand, you need to weigh all your options before you make your purchase. Let’s find out what is so different about these bikes.

China e-bike is shaped in its present form by the country’s cycling culture. A once developing country rose to become a superpower on the back of its hard-working nation, riding bikes to their places of work for decades. As their economy boomed, many ditched the traditional bikes for motorized modes of communication. Hence followed the pollution problem. Also, their population is still increasing, and more people are joining the workforce. The Chinese developmental philosophy is to find economic solutions. So, they transformed their motorbikes into electrical mode and started to call them e-bikes.

The American bike culture is very different from the Chinese one. Cars have long been considered a necessity, not a luxury. Most of the workforce either uses public transport or private automobiles. In America, kids or hobbyists used to ride cycles most of the time. E-bikes became popular in Europe because of environmental concerns. American riders caught on to the trend over time via their European counterparts. To Americans, e-bikes are a tool for their adventure trips up mountains or across terrains. They seek solid build and more power. Chinese commuters, on the other hand, seek utility and pocket-friendly options for the routine commute. Their overwhelming majority consumes economical e-bike options, not necessarily equipped with high-tech specs that American and European consumers demand. 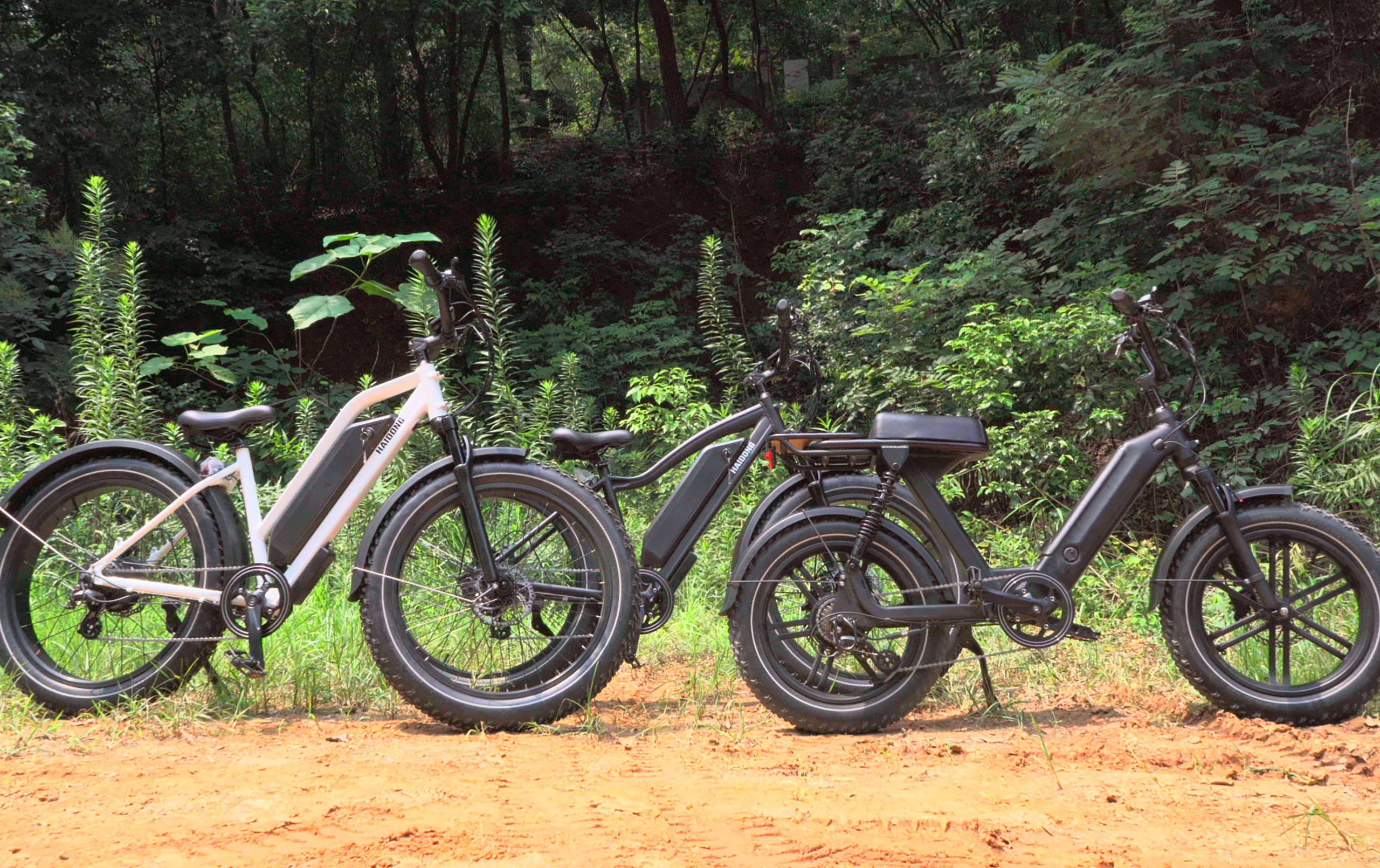 As mentioned earlier, the vehicle referred to as an e-bike in China is the regular motorbike adapted to electric battery and motor for its fuel, instead of gasoline. In China, the term is interchangeable between pedaled bikes and what the Americans may refer to as scooters.

The overwhelming majority of the China e-bike consists of vehicles with engines, albeit with lower horsepower than the conventional motorbikes, a speedometer, a passenger seat, and other elements of a regular motorbike.

American e-bikes, on the other hand, are exclusively the pedaled ones. Their main components are a battery, motor, controller, and brakes. Most of these e-bikes have a hub motor, meaning it lies inside a hub on either wheel. The ones more expensive are also available with a mid-drive configuration.

It does not mean that China does not make e-bikes that riders can pedal. In fact, China is a leading e-bike manufacturer in the world. And by e-bikes, we mean everything from electric motorbikes to fat-tire, folding, and even mountain e-bikes. Roughly 90% of these bikes’ consumption is domestic, while the rest get exported to other countries.

Once again, Chinese manufacturers cater to the demands of a range of clients – low income to medium and higher. Consequently, their products are available at a range of prices. You can find a China e-bike for $800 – $1000. It is very economical and the primary reason for their popularity, especially inside China. Some of the higher-end bikes with advanced specs and features can cost over a thousand dollars, but it is still cheaper than several other options available in the market.

The American e-bikes, on the other hand, are more expensive. They can fall anywhere between $1000 – $2000. Because of the difference in bike culture, the demands vary in both countries. American consumers seek e-bikes for fun, health reasons, and environmental concerns. They want sturdy structures, smart bikes, and advanced specs. So the American bikes are more expensive because of what their buyers expect of them. Also, so many of these bikes import parts from other countries. As a result, they have to bear added import tariffs to the overall cost of the e-bike.

The China e-bike, on the other hand, manufactures its parts at home. Components like batteries are imported from well-known Asian manufacturers, thus incurring less cost than their American or European peers. Since the Chinese e-bikes are manufactured and assembled within the country, they have to bear overall lower charges, giving them a competitive edge over other producers.

China and America e-bikes are different in their structures. That extends to the batteries. American e-bikes have an external battery. Users have to remove these batteries to get them charged. If they are traveling over a distance longer than a single charge can manage, they need to carry back-ups and find spots where they can fuel their battery. Mostly these spots will be in the homes of friends or family (besides their own) or offices. American cyclists do not have the option of a public charging spot. 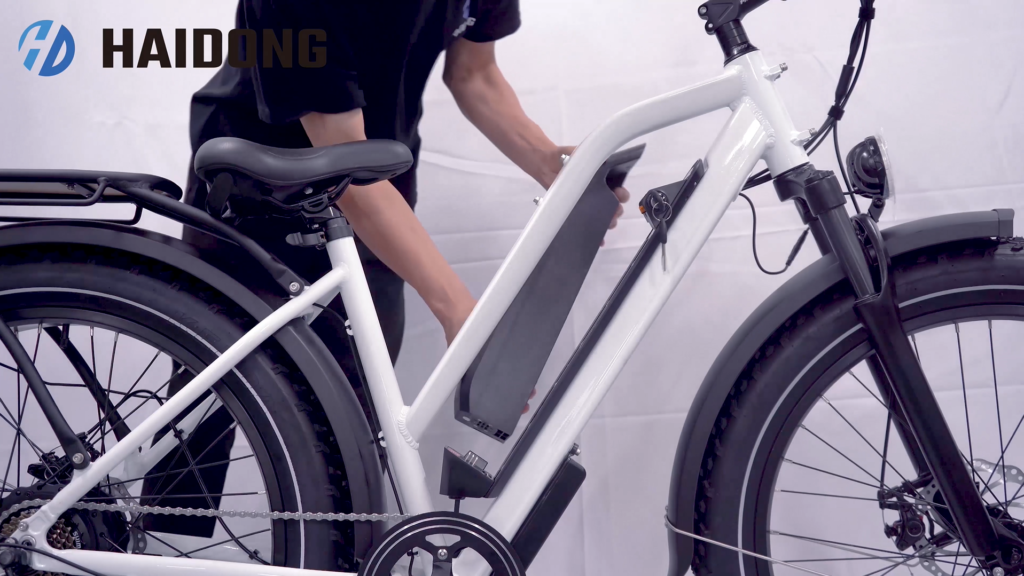 The China e-bike, on the other hand, has a different battery. Most of these electric vehicles do not have a removable battery. So, how do they charge their EVs? By driving to their nearest charging station. Since the use of e-bikes is very commonplace, they have installed charging stations across the country. These are similar to gasoline charging stations, except the pumps are replaced by charging docks. They also have; what they call a quick charge, which is more like a kiosk set up in a shop. If they run out of battery charging on their way, they can quickly go to a nearby shop for a quick charge and continue their journey. 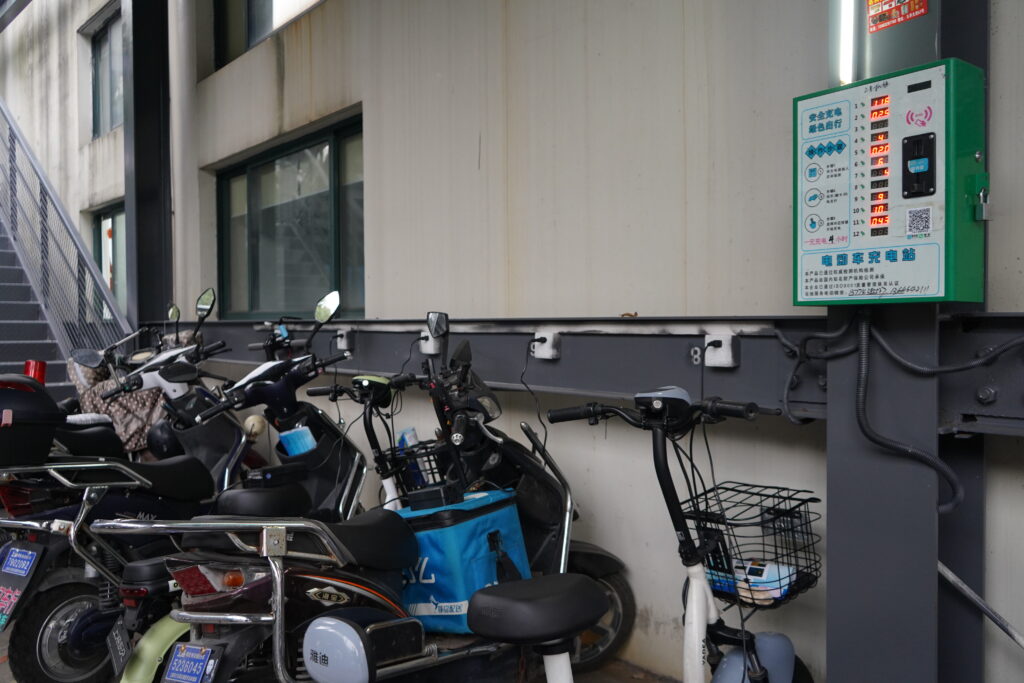 E-bikes regulations vary in China and America. That reflects in the final product. In China, a rider can not drive an e-bike more than 20km/hour speed. And the maximum permissible power output is limited to 240 Watts. Then there are further regulations varying from province to province. In Shanghai, for example, consumers have to register their e-bikes, get a number place, and receive a driving license to ride their vehicles on the road. The safety regulations require riders to have their helmets on and not have a person in the passenger seat.

The US regulations governing e-bikes also vary from state to state. In general, the maximum speed limit is 20 mph whereas, the maximum permissible power output is 750 Watts. Significantly higher than the China e-bike. But there are variations in legal requirements between the states, and sometimes even cities, where the states allow riding e-bikes, but some cities within those states ban these vehicles altogether. There is also a difference in regulations about which driving lanes these riders can legally use.

China e-bike differs from American e-bike in many ways. Both countries have different bike cultures, resulting in varying end products in the process of evolution. Products are demand-driven. As a result, the China e-bike is more diversified in its structure and design. It ranges from tiny scooters to pedal-assist and folding bikes. The American e-bike has some good specs and is more fashionable. But it is also more costly. Reasons range from the import duties on parts to higher costs to do business. China e-bike, however, is manufactured and assembled within the country and only incurs one-time import tariffs, resulting in lower net cost.

Understandably, countries have different legal requirements to regulate vehicles. As a result, both countries specialize and produce bikes that meet national regulations. It changes when they manufacture e-bikes for import purposes, in which case they have to meet the legal requirements of the country importing these vehicles.