E-Bike Laws and Regulations in the U.S. 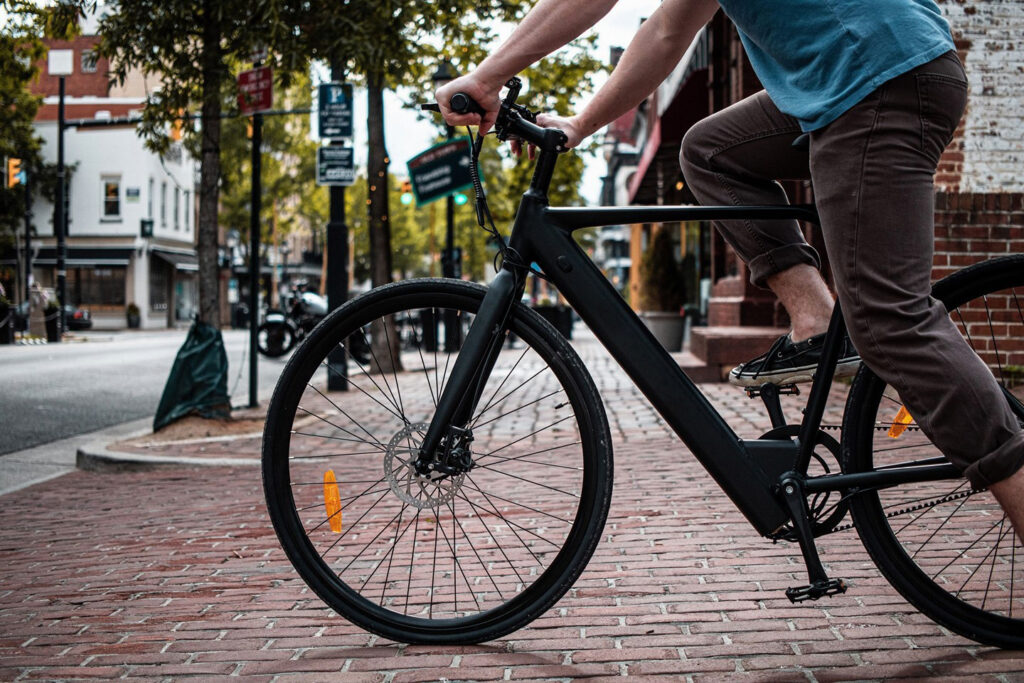 E-Bikes have been a hype since their inception, and many people, myself included, were left bedazzled by their sight and what they offered, but it does not necessarily take the local authorities long to determine the regulation regarding E-Bikes. However, they are pretty easy to comprehend, and after knowing all about these regulations, and, by following them, you will be able to ride your E-bike with much greater self-confidence, and who knows, knowing about the correct regulations might help you.

Helmet other safety requirements
Washington D.C., along with 25 other states, has established some safety measures regarding the use of E-bikes for their passengers and operators. These measures are generally applicable to users of specified age.
D.C., along with 22 other states, has implemented the use of protective gear that applies to the operation of all types of bikes for a specified age, varying from below 12 up to 18 years. The remaining 25 states, however, do not stress the use of protective gear except the helmet for any of the 3 tiers of E-bike. In contrast, eight states have endorsed specified E-bike laws exclusive of such requirements.

How old do you have to be in order to ride an E-Bike?
Age Restrictions regarding E-Bikes are different in each state and mainly applied to the 2 and 3 Tier of E-Bikes. The following states require you to be at least 14 years of age to ride any Tier E-Bike without the supervision of an adult (AL, AK, NH, SD, SC, UT, VA, OH, ND). Whereas in some states, riders under 14 can ride E-Bike under the supervision of an adult.
Eleven states (GA, HI, IN, LA, MN, NJ, NM, WV, WY) require users to be 15 years of age; meanwhile, D.C. and Ten States (CT, FL, ME, MA, MO, NC, OR, PA, RI, VT) entail that user must be 16 years of age to ride an E-Bike. However, there are a few exceptions to these rules that in case an adult supervises the rider, they provide flexibility, but almost all these states require users under the age of 16 or 18 to wear helmets
Following States have no specified age limit (AZ, AR, CA, CO, DE, ID, IL, IA, KS, KY, MD, MI, MS, MT, NE, NV, NY, OK, TN, TX, WI, NB)

Do you have to register your E-bike?
States that implement 3 tier classification system generally exempt e-bikes from various legal requirements for the operation of e-bikes on public roads, including coverage, registering, and having a license; these requirements help distinguish e-bikes from other motorcycles vehicles,
i-e scooters and mopeds.

All 26 states that use the 3-Tier Classification of E-bikes require a label that states detailed information regarding that particular model, for example, its classification number, maximum power rating of the motor and the top-assisted speed.

States That Require Registration
Only those states that define E-Bikes and place them in the same category as mopeds and motor scooters require the users to register their E-Bikes with their respective states; these states include (AL, AK, HI, LA, MA, NM, ND, WI, TN)

21 states (Alabama, Alaska, Connecticut, Hawaii, Idaho, Maine, Massachutsetts, Missouri, New Jersey, New Mexico, NewYork, North Dakota, Ohio, Oklahoma, Rhode Island, South Carolina, South Dakota, West Virginia, Wisconsin, Wyoming) require a license before operating an E-bike, it is so due to the lack of formal legislation in these states regarding E-bike operation thus they fall under the jurisdiction of that state’s Dept. of Motor Vehicle and hence must go through all the legal channels due to the lack of specific E-bike legislation. Vermont, along with Utah, is such a state that rescinded the registration and licensure conditions regarding the operation of E-bikes. Whereas Alabama, along with Alaska, does not require any licensing and registration regarding E-bike.

E-bike is operating in nearly all the states and is legal; the only difference is the regulations that are implemented about E-bike’s operation in the specific state while the majority of the states, along with D.C., have similar rules about the operation of E-bike some also have different regulations, some are more relaxed as opposed to some being quite strict regarding the safety measures and legal requirements before operating on public roads. E-bikes are permitted in all the states of The United States of America.

Learn more about our services, latest advancements, and gain marketing insight from our bi-weekly newsletter.